Selling Helicopter Carriers to Russia: Is France Creating a Mistral in the Black Sea?

According to Russia Today, French defence company DCNS has won a Russian Defence Ministry tender with the amphibious assault ship Mistral. [1] If it goes ahead, the deal would be the largest Russian arms purchase from a NATO member. This deal that has been developed for over a year has drawn controversy and criticism due to  the potential use of the vessels under tense conditions in the Black Sea and an increase in Russian military power projection that has been negatively recieved in several parts of the world. 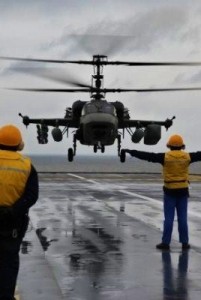 Back in February Jane’s Defence Weekly reported that the Russians wanted four of the multi-purpose helicopter carriers with an intention to purchase the Mistral and a license to construct three more vessels in Russia.[2] Whilst the full terms of the agreement are yet to be publically disclosed it seems that President Sarkozy favoured selling the Mistral and a further French constructed vessel, allowing the Russians to produce the final two.

With the first commissioned in 2005, a fully loaded Mistral-class displaces 21,000 tons, and at 199 metres and 32 metres in length and beam respectively, it would be the largest vessel in the Russian Black Sea fleet. A Mistral-class ship is capable of transporting and deploying 16 helicopters, four landing barges, up to 70 vehicles including 13 main battle tanks, and 450 soldiers.[3] The new vessels will significantly augment the Russian Federation’s rapidly ageing navy and plug significant gaps in their amphibious capabilities. There is little doubt that a Mistral-class vessel would have significantly benefited Russian naval operations against Georgia in 2008.[4] 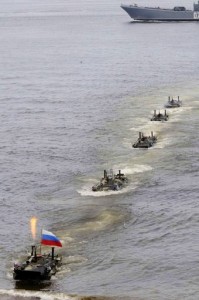 Whilst the French were quick to point out that the Mistral and its sister vessels will not be equipped with weapons or sophisticated communications equipment, in a conference last year Prime Minister Putin commented “as for our use of armaments, I will tell you that if we buy armaments, we will use them as we see fit”, adding that “whoever we buy it from, we will reserve the right to use it where and when we consider necessary.”[5] Severely concerned over the impact of the addition of these vessels’ capabilities to the fleet based in Sevastopol, Putin’s comments were seen as a direct threat in Tblisi.

Across the Atlantic, the US has perceived the deal as having the potential to instigate an arms race between Russia and Georgia and “increasing the chance of miscalculation by one or both sides.”[6] The Wikileaks diplomatic cable from February of this year illustrates how the US was concerned that the French sale of the helicopter carrier could send mixed messages to Russia and Eastern European allies and whilst the US understood France wanted to actively engage Russia, Washington “would prefer that France find a different confidence-building measure than a Mistral sale.”[7] 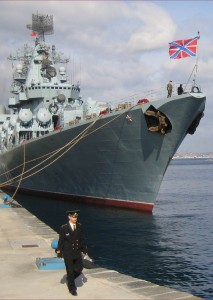 However, concerns over Russia’s increased military capabilities do not purely reside with Georgia and other Black Sea states, as the amphibious assault ships could be based elsewhere, in the Baltic, Caspian or Pacific. It also seems that France was not the only NATO or US-allied contender offering Amphibious Assault Ships as the Russians also considered Spanish, German and South Korean bids.[8]

So what are the Russians up to? Is the Bear growing gills, or just showing the world it can still swim? A forthcoming article on Russian maritime strategy will attempt to answer that question.

2 Replies to “Selling Helicopter Carriers to Russia: Is France Creating a Mistral in the Black Sea?”