Germany to Deploy a Frigate to Patrol the Indo-Pacific

The commitment comes amid growing skepticism about China across key European capitals, including Berlin. 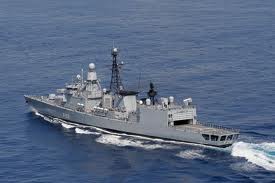 In an interview with the Sydney Morning Herald on November 2, German Defense Minister Annegret Kramp-Karrenbauer declared that her country  will dispatch a frigate to patrol the Indo-Pacific from next year. Noting that Germany intends to ramp up collaboration, both at bilateral and multilateral levels, with regional powers in face of growing security challenges in the vast maritime theater, Kramp-Karrenbauer added, “That could include, for example, the embarkation of German officers on Australian Navy units – a project that is being negotiated as we speak.”