A new maritime security threat is fast developing along the Southern African coastline with the rise of the Cabo Delgado insurgency in Northern Mozambique. Much is at stake, as this instability is occurring in a hydrocarbon hub within the Northern Mozambican Channel, which is estimated to contain over 100 trillion cubic feet of recoverable natural gas – one of the largest gas deposits in the world. 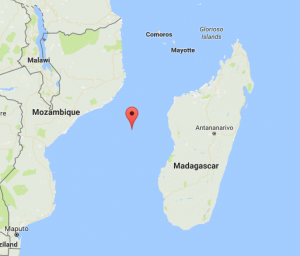 Mozambique Channel, which is about 1000 miles long and 260 miles wide at its narrowest point, is bounded to the east by Madagascar and Mozambique to the west. It used to be an important thoroughfare linking the Indian Ocean to the rest of the world when the Portuguese established colonies in the Indian Ocean basin and East Asia.

Previous ArticleNigeria: Greek crew held hostage after kidnapping off West Africa
Next ArticleRussian sailor kidnapped by pirates from vessel in Gulf of Guinea