The Dutch owners of a ship whose 15 crew members were kidnapped off the coast of Benin last month says they have been freed. 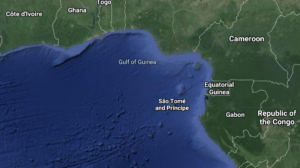 De Poli Tankers said the crew of its chemical tanker Davide B were safe and can return to their families in eastern Europe and the Philippines.

Pirates attacked the Maltese-registered chemical tanker, which was on route from the Latvian capital, Riga, to Lagos in Nigeria.

Kidnap attacks on ships for ransom, often by Nigerian pirates, have become common in the Gulf of Guinea.