Coastal countries face a group of wily opponents: illegal and unregulated fishing vessels, their owners and the black market. In 2009, experts measured the volume and extent of illegal, unreported and unregulated fishing (IUU) fishing finding that global economic losses equaled up to US$23 Billion annually. This $23 Billion represents lost tax revenues, lost economic opportunities, lost jobs and above all, an expanding, slippery dangerous black market exploiting human and natural resource. 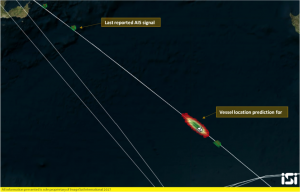 To fight this organized crime, ISI developed Kingfisher: a multi-sensor, multi-layer maritime intelligence system combining and analyzing a variety of information sources to expose the wily, slippery deceptions of IUU criminals. Utilizing space based data sources such as Satellite Automatic Identification System (S-AIS), Synthetic Aperture Radar (SAR) satellite imagery, Electro-Optics satellite (EO) imagery combined with other sources such as Vessel Monitoring Systems (VMS), Coastal Radar and Open Source Intelligence (OSINT) and even weather patterns, the system goes further than others in detecting abnormal vessel behavior: the tell-tale patterns of criminals. Indeed, one of the system’s major advantages is its unparalleled capability to capture satellite images of suspect activities and the high end analysis of these images. 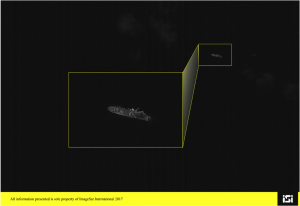 The Deep Learning algorithms automatically identify vessels in existing satellite imagery and by correlating this with other sensors detects non-cooperative vessels whose AIS is turned off. Thus, this system is ready to face and overcome trawlers and ships using fake identification, or indeed with non-operating identification systems that indicate abnormal maritime behavior.

ISI working with the Coast Guard of one South American country proved the worth – technological, economical and law enforcement – of the Kingfisher System. Translating oceans of data into highly detailed information, Kingfisher’s advanced algorithms fused numerous sensory signals from satellite based sensors to other maritime monitoring sensors to deliver vessel-specific insights and alerts.

Together the teams used diversified data sources and advanced computing technology, including citing abnormal activities, to outsmart evasive AIS techniques (including fake AIS updates). One case monitored a fishing vessel that approached the country’s Exclusive Economic Zones (EEZ) and turned off its AIS system. The vessel sailed on the outside edge of the EEZ for a time, turned into the EEZ for a few hours, and then sailed out of the country’s national waters. Still with its AIS system off, the ship sailed away from the EEZ believing its unlawful action could not be discovered. Kingfisher’s operators, however, had other thoughts.

With its predictive behavior AI algorithm based on multi agent based simulation and learning the vessel’s behavior pattern, Kingfisher forecast the vessel’s next moves differently from that of the country’s Coast Guard enforcement team’s existing system. Based on Kingfisher’s different recommendation, the Coast Guard alerted its units to pursue the ship sailing away from its territorial waters.

The room was tense as the Coast Guard management followed Kingfisher’s recommendation, rather than that of its current system. Within a short time, however, Coast Guard units reported engagement with the unlawful fishing vessel at precisely the point calculated by the AI algorithm. As a result, the ship, its captain, and crew were brought to shore for legal and financial punishment and its fish haul confiscated.

Satellite detection of moving objects in marine environments has often been considered ‘finding a needle in a haystack’. Kingfisher changes all of this – giving enforcement authorities the upper hand.

Kingfisher’s multi-sensor, multi-layered system integrates data, delivering analysis from the initial stages of strategic surveillance up to the profiling of individual vessels. This leads to effective use of satellite resources and therefore provides a more economically-viable solution. AI algorithms, behavioral pattern recognition and dynamic Deep Learning skills all make Kingfisher an emerging and important platform to: