With Sudan naval base, Russia may have a ‘key to Africa’

The Kremlin plans to set up a naval base on the Red Sea in Sudan. The prestige project would expand Russia’s presence in Africa. That could have global geopolitical implications. 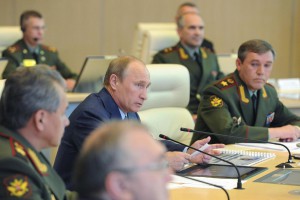 Vladimir Putin wants to see Russia establish a naval base abroad for the first time since the collapse of the Soviet Union. In mid-November, the president ordered the Defense Ministry to sign an accord with Sudan. Along with the still-active Cold War-era Tartus facility in Syria, this would not only be the second Russian naval base in the Middle East and North Africa — a region that has become increasingly important for Moscow — but worldwide, apart from a fleet on the annexed Crimean Peninsula, which Kremlin officials do not currently consider extraterritorial.