The Indonesian Navy successfully intercepted five pirates in the middle of a theft aboard a barge in the Singapore Strait. 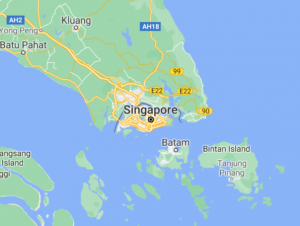 The suspects allegedly boarded the barge Linau 133 as it was under tow by the Malaysian tugboat Danum 50 off the Riau Islands. At about 1220 hours, the Indonesian Navy vessel KRI Siwar-646 was under way on a routine patrol near Karang Banteng (Buffalo Rock), her crew spotted suspicious activity aboard the barge. Three people appeared to be transferring wire rope into two speedboats alongside.