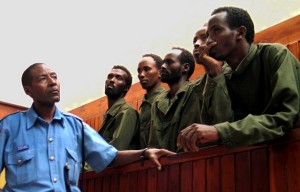 Citing security concerns and a lack of promised international support, on 30 September Kenya’s Ministry of Foreign Affairs terminated the Memoranda of Understanding that outlined the prosecution of pirates in Kenya’s courts.

According to the UN’s office on Drugs and Crime, Kenya already holds around 123 prisoners under piracy-related charges, but there are many more that are captured and require trial. A lack of prosecutorial opportunities means that once they are captured by naval forces operating off the coast of Somalia, the pirates have their weapons and vessels confiscated but many are released without charge.

Should the Seychelles decide to follow suit and abandon their newly created, UN-backed, piracy centre for prosecution, they could further weaken an already frail legal deterrent for pirate activity.