The Sierra Leone Defence Force Maritime Wing has taken delivery of four patrol boats that were donated by the government of South Korea. 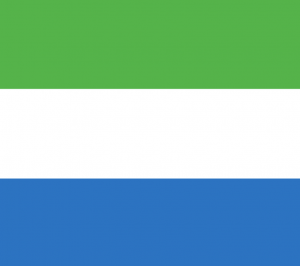 The four boats were commissioned into service in a ceremony held at naval headquarters at White Man’s Bay in the capital Freetown on 22 October. The commissioning was attended by President Julius Maada Bio, defence forces chiefs and the South Korean ambassador.