Iran and Russia have embarked on a joint naval drill in the northern part of the Indian Ocean that they say has been designed to “enhance the security” of maritime trade in the region, Iranian state media reported. 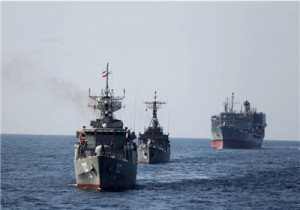 State television said on February 16 that the exercise dubbed Maritime Security Belt will cover an area of about 17,000 square kilometers and include units from the Iranian Navy, the Islamic Revolutionary Guards Corps’ (IRGC) Navy, and the Russian Navy.