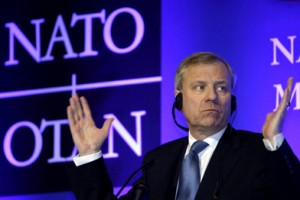 Whilst piracy and armed robbery at sea is hardly a distinct problem for the Mediterranean (the IMB’s last recorded attack was off Corsica in 2008), the Mediterranean can be considered as inexorably linked to the security conditions of the Red Sea, Gulf of Aden and beyond. This linkage is considered important enough for NATO to establish a human intelligence sharing network in an attempt to prevent and predict the spread of piracy into the Mediterranean. If this endeavour leads to further steps in enhancing intelligence cooperation and policing capacities, it should benefit efforts in preventing piracy as well as countering smuggling and human trafficking activities.

Whilst piracy in the Mediterranean is currently confined to a few minor robberies in ports, narcotics smuggling and illegal immigration are deemed significant threats to European security. Morocco is one of the world’s largest cannabis producers and many drug routes from the Americas into Europe are estimated to arrive via North Africa. The media frequently picks up on migrants travelling from Sub-Saharan and Northern Africa along routes into Southern Spain and Sicily, whilst the porous Balkan coasts are of particular concern.

For more on what NATO’s recent conference in Tunisia was aiming to achieve, read the World Tribune’s article: “NATO seeks N. African assist against piracy” or direct from the horse’s mouth at “NATO aims to find ways to predict, recognize and deter maritime piracy.”

Previous ArticleIsraeli use of force during the boarding of the Gaza Flotilla
Next ArticleSelling Helicopter Carriers to Russia: Is France Creating a Mistral in the Black Sea?