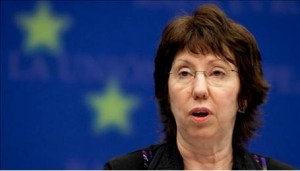 The southernmost pirate attack to date off the coast of East Africa was a false alarm but the threat of pirates extending their reach is more than palpable. With a reliance on maritime revenues from trade, fishing and tourism, Madagascar, Mauritius and the Seychelles have much to lose from the menace of piracy.

On Oct 7 & 8  Mauritus held an  international conference on combating piracy. Under discussion was the establishment of a joint local naval presence and the addition of Mauritius to the dwindling list of available local jurisdictions for piracy prosecution. Whilst these options may be a step in the right direction, the development of maritime control and an increase of prosecutorial availability is unlikely to deter pirates from operating in southern waters. Especially so when one considers the substantial international naval effort seen in the Gulf of Aden that only deters some pirate attacks and Mauritius’ already burgeoning prison system.

Aside from these offshore endeavours the EU’s High Representative for Foreign Affairs reaffirmed that the solution to the piracy problem lay on land. Earlier in the week African Union forces allegedly gained ground in Mogadishu and have been urging for greater troop numbers since July. South Africa has declined to send troops, whilst Uganda, which already makes up the majority of the 8000-strong AU force, has offered to increase its numbers to the requested 20,000. Unfortunately, gaining ground from militias in Somalia rarely achieves lasting results.

As we have seen many times in Somalia’s troubled past, taking control is only the beginning of the battle. Maintaining control is the key. To that end, increasing international support for viable development and reconstruction projects within Somalia is as important as increasing governance throughout the country. Baroness Ashton advocated that the EU is the “top donor for reconstruction and development assistance in Somalia” with 87 projects totalling around €200m but more needs to be achieved. As Jack Lang, the UN’s special adviser on piracy stated on Monday, “piracy is a complex problem that must be taken seriously.” The outcome of the conference in Mauritius needs to indicate the seriousness of the states involved or it will just add to the ever circulating hot air.

Previous ArticleDeveloping Alternatives to Piracy, the African Maritime Growth Initiative
Next ArticleDrivers for Change in US Counter-Piracy Strategy