What Does It Mean? The International Code of Conduct for Private Security Contractors 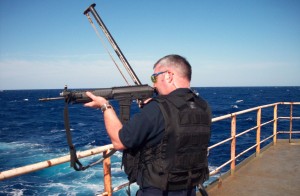 The signing ceremony of the new International Code of Conduct for Private Security Contractors has brought not just the role of States and companies into sharp focus, but it has also raised issues about the ways in which they will conduct themselves into the future.

The Code was created by the Swiss Government’s Department of Foreign Affairs, Geneva Centre for the Democratic Control of Armed Forces (DCAF) in dialogue with leading security providers. This meant the Code was created with a clear view of security provisions on land. However, with private companies stepping in to assist shipowners, and with a potential long-term need for companies to fill the void likely to be left when naval forces withdraw from the Gulf of Aden and Indian Ocean, it seems that the Code will play an important part of contractual relations in the maritime domain, and will shape operational responses too.

There have been cases in which PSCs have not only caused death, destruction and casualties – but have dragged the security profession into disrepute. With a Code now in place it seems that progress can be made in aspiring to some fairly fundamental tenets and the requirements and responsibilities will provide the basis of an important mission statement for those who undertake challenging roles in the world’s danger zones.

Unlike the land-based business, the maritime security domain is still in its relative infancy.   The success of Somali pirates, the complexities of dealing with them, and the issues raised in managing varied stakeholders (from owners, unions, Flag States, trade associations, et al) mean a code of conduct can be a very useful maritime starting point. A fact stressed by the number of new and unproven companies arriving almost daily into the business and theatre.

The International Code of Conduct for Private Security Contractors (ICCPSC) has at its core a range of commitments and principles, imposing core basic rules of engagement and conduct onto signatory companies, personnel and sub-contractors.

While the Code is important for those looking to appoint PSCs, for the companies signing up there are real elements of reputational risk management involved. Those whose signatures grace the document will be more attractive to clients and Governments – it is as simple as that. Signing up to the Code is a commitment to positive change, and is a hugely significant statement of engagement and transparency, showing a willingness of stakeholders to come together.

One question keeps cropping up, that of why the Code is it necessary? Hopefully it will provide oversight and accountability, and where the rule of law is weak or ignored; it will provide scope/guidance/assurance for those looking to deliver a secure environment.

It is about compliance with a set of basic positive ideals, built on a consensus stemming from open communication. The various stakeholders have come together in a spirit of trust to create a level playing field, and that should be a positive foundation.

While the work to draw up the Code has been a long process, those present in Geneva at the signing ceremony were welcomed as being present at the creation of this positive new operational environment, in which finally there are clear and unequivocal guidelines and principles to enact and aspire too. Here is a means of clearly showing and highlighting the intention to drive improvement and commitment to positive development. Many companies already have such aspects in place, for the others following there is now a template to improvement and legitimacy.

So while the signing was billed as the pivotal moment, for many it marked something of a Churchillian, ‘end of the beginning’, as all parties now work hard to ensure the process is able to roll forward. At the moment the Code does not actually have a means of “punishing” those who transgress against their newly codified commitments. There is a need for the process to provide independent accountability and positive discrimination of those who sign up. This is the next phase of the development, which will see some form of oversight and sanctioning body. Until the process matures fully the real penalties for non compliance will come from clients turning to companies who are committed and signed up.

Complaints and violations will happen, this will allow the industry to progress, improve and develop, and the creation of a mechanism to audit, check and streamline the process will be necessary to ensure that self-governance actually works. So the focus now will be on policing and monitoring compliance as the code evolves.

In order for this to happen it is clear that Government contracts will play a strong force – as such The UK Government, has not only played a pivotal role in the Code but will only provide contracts to companies who operate within under its requirements. There can be no greater vote of confidence than that, and it is perhaps such a spirit which will push things forward and make the Code a workable, enforceable power for good.

Now is the time, therefore, for all security providers to step up and join in. Responsibility is shifting and the emphasis is onto the client and provider. One to seek out those bound by the Code, while the others to make sure they are signed up and are making the necessary commitments. As we now look to raise performance and differentiate quality providers. Companies need to join so they don’t get left behind, and clients need to use those that have so they have reassurance of the quality, systems and culture in place. 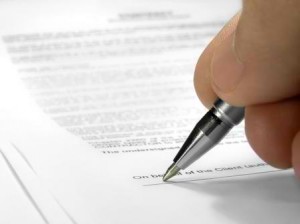 The Code is in essence a security “bible”, and the word needs to be spread throughout all private security companies and personnel. This is a new dawn of more than just self-regulation, it represents a multi-stakeholder commitment to change, based on dialogue and agreement. The aim is to raise the bar, while delivering consistent standards. Companies will no longer be able to hide, and will be accountable and driven to do the right thing and for all parts of the chain to make things happen.

Previous ArticleSigning On: The International Code of Conduct for Private Security Contractors
Next ArticleGoing Dutch