Despiter the introduction compulsory requirement for certain vessels to carry Electronic Chart Display and Information Systems (ECDIS), the experience gleaned from the ECDIS Revolution series of conferences has made evident the fact that many shipping companies still haven’t fully embraced the requirements.

As of 1 July this year the initial compulsory requirement for certain vessels to carry Electronic Chart Display and Information Systems (ECDIS) in accordance with the International Maritime Organisation (IMO) regulations came into effect.  This should not be news to anyone in the maritime industry particularly those working or involved with ships which will be placed into these categories over the next six years, however experience gleaned from the ECDIS Revolution series of conferences has made evident the fact that many shipping companies still haven’t fully embraced the requirements.

Recent events involving shipping casualties have highlighted important factors around the use of ECDIS and its integration into bridge procedures andwhile official reports into the most significant and controversial grounding of a ship haven’t as yet been completed, it is likely ECDIS procedures or the lack of proper use may well be called into question.

“Training has been a topic of significant debate at our conferences” said Steve Monk, conference organiser and lead behind the associated LinkedIn Forum, “It has been evident that while the IMO will stipulate the 1.27 course model should be conducted over 40 hours, many training centres around the world try to squeeze this into three or even two days which is unacceptable” he continued.  Regrettably it appears financial considerations will on many occasions rule over common sense and mean mariners are sent on the shortest and cheapest training course rather than those which are more likely to cover all the necessary aspects of safe navigation using ECDIS in sufficient depth to warrant its safe operation.  It is important to remember those using the ECDIS and those responsible for its purchase and fitting should recognise the shift in navigation practises when moving from paper charts as these are the key areas to be covered in an in-depth training course.  Mariners should not attend generic training simply to receive a certificate, but should question and query the software until they completely understand its operation.  Areas of discussion at the previous conference in respect to training also made clear the importance of teaching the fundamentals of basic navigation, not over relying on GNSS and thus a failure to determine aposition by alternative means and why training shouldn’t be conducted until as close to the date of joining an ECDIS fitted vessel as possible to reduce skill fade.

Through the conferences and numerous debates by many industry professionals, areas of concern have alsorelated to Regulations and Class, the equipment itself and actions by management companies.  Many will ask whether the intention of the IMO to enforce the regulatory dates of implementation is a sensible move.  It is not the intention of the conferences to answer that question specifically, but as the IMO are unlikely to back down, mariners, management companies and flag states need to understand the full spectrum of issues in depth.  David Elliot of Arklow Shipping has been a regular attendee and speaker at the ECDIS conferences and stated that Arklow took the decision many years ago to move their vessels across to full accreditation.  A key decision at an early stage was to task an individual within their organisation to conduct the necessary research into what was required from an equipment, training, procedural and auditing point of view.  Although these would cover the basics of taking the fleet towards operating a ‘paperless’ bridge, David made very clear to the audience that the process took approximately three years of dedicated work and therefore it was important for shipping companies to recognise this and dedicate resources as early as possible.  It is also important for shipping companies to engage with the Flag State as many have now issued a template risk assessment they would expect to be submitted as part of the request to move a vessel or fleet towards operating electronic bridges.  However these templates, while basic in outline don’t necessarily consider the need to develop more stringent checking of the procedures on board the vessels.  Operators should be tested on a regular basis in a variety of areas to demonstrate their understanding of the equipment including the ability to place fixes without the use of GNSS and how to operate in areas of no known datum.

Regrettably experience and evidence is showing all too regularly that errors are being made in the use of the equipment, while the full capabilities of the ECDIS aren’t being utilised to the maximum benefit of maintaining vessel safety.  “Bridge Resource Management (BRM) plays a key role within the use of ECDIS on a bridge and although this type of training is not compulsory, it is strongly recommended by the IMO.” Said Monk.  He continued, “Many shipping companies already utilise the skills of their senior masters to travel around their fleet putting bridge teams to the test, but the question has to be asked, Who’s training the trainer and do they really understand the capabilities of the ECDIS if they’ve only been used to paper charts throughout their career?”.  Monk is quick to point out there are many extremely professional mariners who’s level of knowledge in the safe operation and procedures to be adopted on the bridge are second to none.  The adaptation of company procedures is key when ECDIS is brought onto the bridge but this can lead to another question of ‘Is the tail wagging the dog?’  With many different ECDIS manufacturers turning out a vast array of different systems and shipyards having contracts with the manufacturers to fit what they want and not necessarily what the client would prefer, with software capable of providing a wealth of information to the operator to the point of overwhelming them resulting in more time looking into the bridge rather than out the windows, there are some fundamental aspects that need addressing.

The establishment of the ECDIS Revolution conferences has been to bring together all those involved in the subject including representatives of the manufacturers to try and simplify the display of information to the mariner.  With paper charts it was easy; there was only one layout and it required the placing of a fix to draw the attention of the mariner to their surrounding environment.  The automatic feed of a GNSS position into a computer showing your position on a screen is in many cases not as ‘real’ to the mariner.  The importance of surrounding dangers don’t seem as important when the fix hasn’t been placed manually.  Military ships will navigate by visual means placing visual fixes on the ECDIS within pilotage waters for this very reason.

Of course cost plays a big part in the reluctance of some shipping companies to move to electronic navigation.  Again, with a paper chart it was one price per chart so budgeting was easier.  Now different manufacturers turn out a variety of charts in vector format, each vying for a stake in the market.  Length of licenses vary from weeks to a year and ordering of the areas of required coverage is normally required in advance although some manufacturers are now moving towards ‘Pay as you Sail’ systems allowing vessels to open charts as they passage through, but again, shipping companies will argue it’s not easy to budget for these charts when their costs are so varied.  On top of all this is the discovery that some equipment and charts are not displaying the necessary minimum safety data correctly or at all.  The IHO issued their test data in 2011 and so far haven’t received many replies however those who have responded identified problems in certain manufacturers software which ships are still navigating with.

There remain many areas of concern surrounding the implementation and use of ECDIS but it’s not just a problem within the UK which is where the previous Revolution conferences have been held.  This is a worldwide issue and for that reason there will be two conferences this year, the first in Singapore on 30-31 October and second in London on 21-22 November.  “Our aim is to take this matter around the world and highlight to the necessary individuals the importance of bringing ECDIS back on track, attempting to bring manufacturers to a common standard and highlight to shipping companies the importance of embracing the equipment while also understanding the necessary procedures to be put in place” said Monk.  “Singapore will be our opportunity to bring that area of the world up to speed on what’s been covered in London over the past two years while the London conference is geared very much more towards finding the answers through planned debates and discussions by industry leaders” he continued.  “We want participation from manufacturers, Hydrographic offices, management companies, flag states, training colleges and most importantly, the mariners themselves.” Conference organisers are offering a 60% reduction in the booking fee to a limited number of professional sea going mariners who have used or are about to use the ECDIS to encourage them to attend and use these opportunities to voice their opinions to the industry figureheads.

Speaker slots are available for those who feel passionate about the subject and are closely involved in specifics while at the same time, equipment manufacturers are welcome to sponsor and exhibit their equipment to allow those who may not have fully understood the complexity and capability of the ECDIS an opportunity to gain hands on experience.

For further information and to see the proposed agendas, visit the website www.ecdisrevolution.org or call +44 (0)20 8348 3704 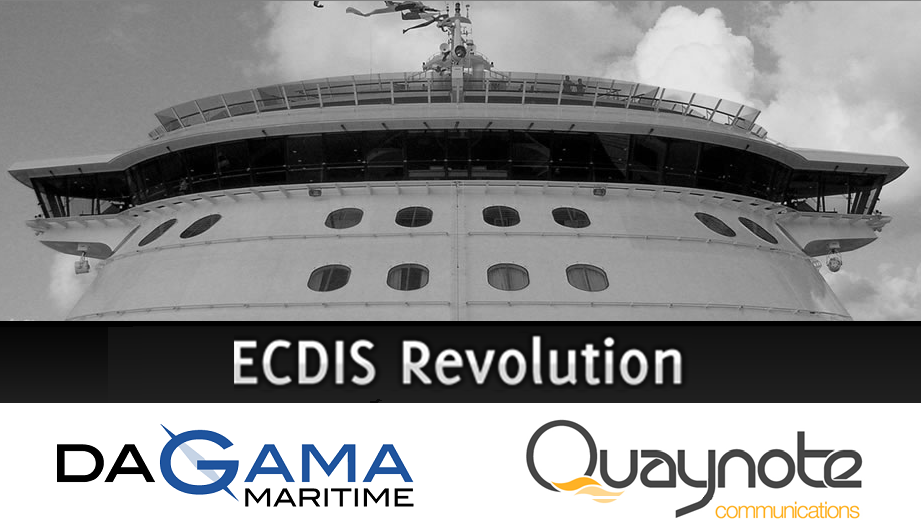